A form of symbiosis "in which the symbiont benefits but there is an insignificant, or at least poorly known, effect on its host." [1] 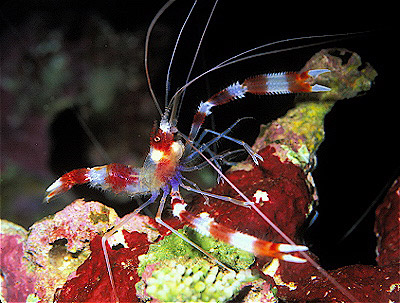 While most example of commensalism in reef habitats occur between other species like fish and sea cucumbers or anemones, there are several instances of commensal relations between coral and shrimps and crabs that important to ecosystem function.

According to Kotb,and Hartnoll and the research conducted by Marine Science Department at Suez Canal University< ref name="kotb"> Kotb, Mohammed M. A., and Hartnoll, Richard G. "Aspects of the Growth and Reproduction of the Coral Gall Crab Hapalocarcinus marsupials." Journal of Crustacean Biology. The Crustacean Society. Vol. 22, No. 3. pp 558-566. August 2002.</ref>:

Coral gall crabs, Hapalocarcinus marsupialis, in the Indo-Pacific ocean are found hosted by the coral family pocilloporidae, genera pocillopora, stylophora, and seriatopora. These shrimp feed on mucus and tissue picked off the coral by host chelae. This hosting initiates gall development in corals up to 35 m in depth. This study focuses on the developmental and reproductive success of commensal versus non-commensal crabs.

Corals discharge up to 50% of the carbon byproduct from zooxanthellae as mucus. This mucus carries energy by dissolving into the water and filtering through lagoon sands. The mucus that does not dissolve catching floating particles and increases nutrient content in the reef community. This mucus contains light energy produced by the zooxanthellae, so the emission of this energy into the larger reef ecosystem is a natural example of a "recycling loop" [2].

There is no scientific evidence that suggests that the consumption of this mucus by the grabs is a significant depletion of resources, thus their relationship is a successful example of commensalism.

According to Bruce:[3]: Note: Original research in this paper by Kingsley 1878, review by A.J. Bruce at the Fisheries Research Station of Hong Kong.

In the Indo-west-pacific ocean, three families of cardigan shrimps were observed to be very abundant on corals: Alpheidae Randall, Hippolytiade Bate, and Palaemonidae Samouelle. These invertebrates were initially not understood to be associated with the corals, although upon closer examination, were observed to have commensal relations with them.

The shrimps seek refuge in the coral heads. The diameter of these heads determines how many shrimps can and will seek refuge there. The shrimps never leave their host.

The paper contains a thorough list of 60 coral species and their corresponding commensal shrimp as well as in-depth data regarding the structural relationship between the shrimp and coral.

According to Danielle Dixon and Mark Hay:[4]

Acropora nasuta coral is threatened by toxic seaweed, Chlorodesmis fastigiata. The over-growth of this seaweed can consume precious light that the corals need to survive.

In response to this threat, Acropora nausta coral has evolved a chemical release to attract Gobiodon histrio or Paragobiodon echinocephalus to feed on this seaweed. while some gobies reside in the corals. The consumption of toxic seaweed makes the goby fish more toxic to predators, increasing their chances for survival.

This exchange is considered commensal because the coral is able to chemically protect itself through the chemical release, thus self-sufficient in theory. The attracted goby fish experience a real benefit by becoming more toxic to predators. 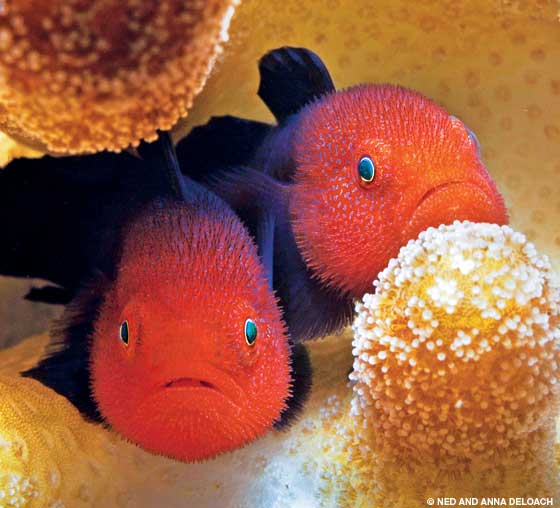 This entry is missing citations and needs to be fixed