Difference between revisions of "AirPollution" 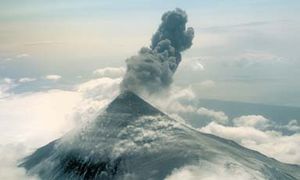 Fig. 1: Volcano eruptions are a source of air pollution [1]

Generally, air pollution is any substance that people introduce into the atmosphere that has damaging effects on living things and the environment[2].

Both human activities and natural processes can create air pollution. 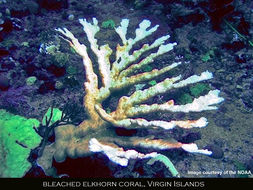 How will the air pollution effect the coral reefs in the ocean? 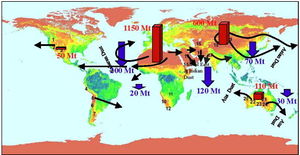 Fig. 3: Sources and Sinks of the Global Dust Cycle [8]

The global dust cycle is a geochemical process similar to the carbon or water cycle. Each year 2000 Mt of dust is emitted into the atmosphere from various regions around the world. Dust is swept off of deserts, carried across the globe and deposited in different locations (Figure 3). Dust affects soil formation in the rainforest, global climate, glacial cycles and the transport of micronutrients. This is a relatively new research topic and scientists continue to explore the many interactions of dust and the environment.

70% of the global dust cycle is the movement of dust from the Sahara region of Africa to the Caribbean ocean. In the 1970's scientists began to notice a correlation between dust movement and coral disease epidemics (Figure 4). This has led to increased research on the effect of African dust on Carribean reefs [9] .

Global temperature increases have left once fertile soil dry and sandy. This is especially true in the Sahara and Sahel regions of Africa. Further, human activity has played a significant role in the increase of dust that is carried across the Atlantic Ocean. Desertification and changing land-use patterns lead to further loss of habitable land, and ultimately to an increase in dust replacing topsoil.

Human activities resulting from an agricultural-based economy have transformed dust into a toxic cloud. Dust now carries microbes, heavy metals and pesticides due to biomass combustion, the burning of fossil fuels, the improper disposal of plastics, and the use of pesticides in the source region [10].

In the 1970's when a peak in dust pollution was observed in the Caribbean, the Sahel region of Africa was experiencing extreme drought conditions compounded by overgrazing and the drying of Lake Chad [10]. Other possible factors contributing to this episode include global climate change, changes in regional meteorology, and local human activities. Human activities such as burning fossil fuels, burning garbage, and spraying pesticides account for many of the toxins found in dust pollution[10]. Pesticides are a primary concern as they can interfere with animal reproduction, fertilization and immune function. Furthermore, two specific insecticides "chloropyrifos" and "endosulfan" are associated with preventing coral larvae to settle and reproduce[11]. The inorganic dust particulates are made of clay with gypsum and iron oxides that acts as a sponge to absorb other microorganisms. These particles can carry elements such as nitrogen and sulfur that can have harmful affects on surface waters, marine environments, and vegetation. In the Virgin Islands, vegetation has adapted to low nitrogen levels meaning that there could be serious impacts if an abundance of nitrogen is introduced. Sulfur and nitrogen also increase the acidity of water which could also lead to coral bleaching and death [12].

For example, a fungus that exists in African spoil has been identified in the Virgin Islands and has caused a spike in Sea-Fan disease. Other coral diseases linked to African dust include:

Dust has had a negative impact on the health of humans living in the surrounding Caribbean and Gulf regions. For example, Gene Shinn of the USGS says that asthma rates in the Caribbean are among the highest in the world. Specifically, asthma in Trinidad and Barbados has increased 17 times since the early 1970s. [10]

Asthma rates in Tampa Bay, Florida have seen a similar spike. Gene Shinn reports that close to half of the particles in the air breathed in the Tampa area originate from Africa.

Other human diseases linked to African dust include influenza, SARS, and tuberculosis.