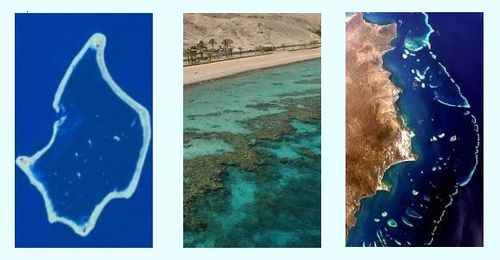 While many of the Pacific reefs form around islands as Darwin's describes, this is not the case in the Caribbean where there are few atolls. Here, other reef types like patch and bank are also exhibited and form separately than Darwin's theory describes. [4]