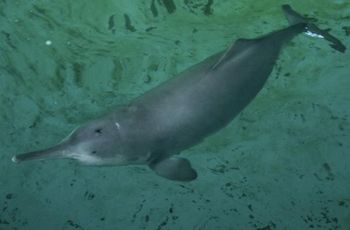 The extinction of marine mammals mainly impacts humans through the degradation of the ecosystems in which they live. By taking out key players in a food web, an ecosystem will suffer, as will the human communities that rely on those ecosystems for life. This would have economic consequences in terms of tourism and fishing industries. [12]

A major factor in the endangerment and extinction of species is the loss of habitat. Considering that coral reefs are one of the biodiverse regions on the planet, it should not come as a surprise that the loss of 40 percent of reefs worldwide has also resulted in the decrease of marine mammals and other species that rely on reefs either for food sources, habitat, or breeding grounds. [13]

According to a 2015 New York Times article, the oceans are facing mass extinctions of species of all kinds. It's not irreversible yet, and there's still time for humans to slow and possibly stop the damage. However, this relies on limiting the exploitation of marine resources. [13] [14]