Difference between revisions of "Mangroves" 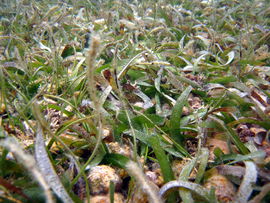 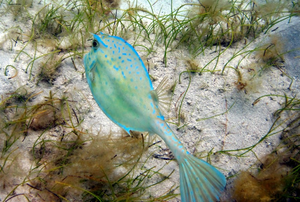 Mangroves are important to coral reefs because they balance nutrients for neighboring ecosystems such as coral reefs and sea grass beds. Studies show that nearby coral reefs suffer from greater sedimentation when mangroves are removed and can no longer filter the water. In the Caribbean, mangroves have a strong influence on local fish populations. For example, the largest herbivorous fish in the Atlantic, Scarus guacamaia (rainbow parrotfish), is dependent on mangroves and has become locally extinct when they are gone[4]. A lower amount of herbivores in a reef system will cause reefs to become less resilient to algal overgrowth. In a study in Belize comparing mangrove-scarce reefs to mangrove-rich reefs, the biomass of nearly every fish studied was much greater in the mangrove-rich areas. The biomass of the blue striped grunt on patch reefs in the mangrove-rich area increased by 2667%. The biomass of all 6 species studied in the patch reefs increased from 191% to 2667% in mangrove-rich areas[4]. Mangroves act as intermediate nursery between seagrass beds and patch reefs[4].